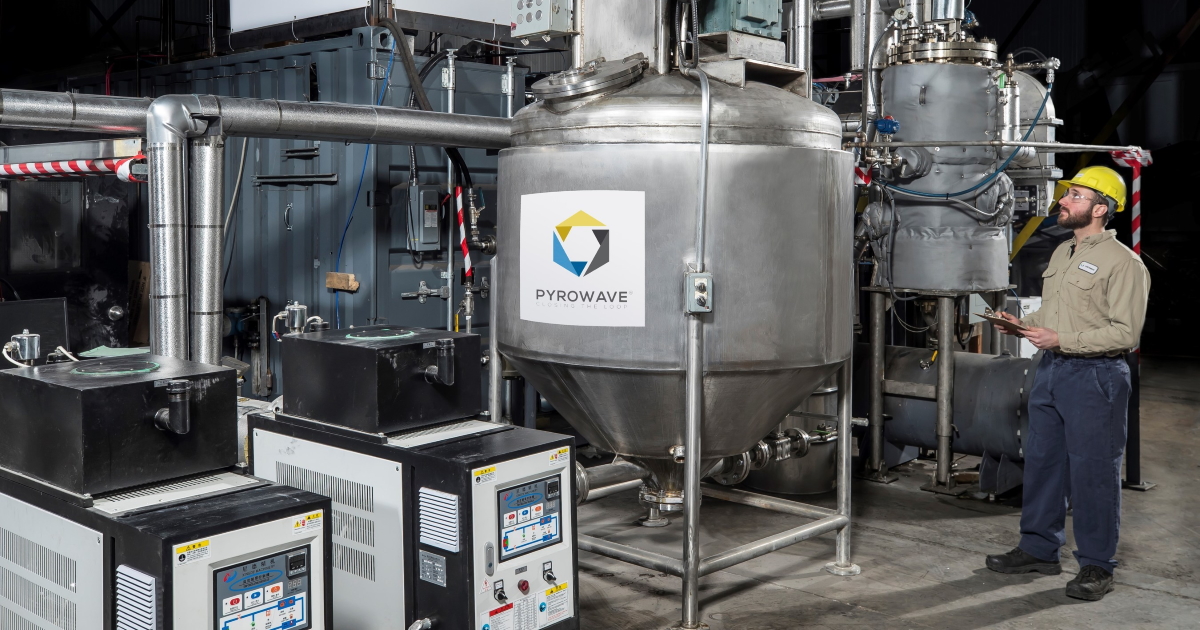 Instead of relying on fossil fuels, chemical processing plants may soon be able to use electrically-generated heat units. Leading the charge is Pyrowave, a company established in 2014 by two Polytechnique Montréal graduates, who today announced a research project in conjunction with Professors Bruno Blais and Jamal Chaouki (Department of Chemical Engineering). The purpose of the research project is to accelerate the deployment of this new technology, by first understanding what happens in a giant microwave reactor like the one made by Pyrowave.

In order to reduce their carbon footprint, Canadian companies need to rethink how they produce heat. Until now, nearly all industrial chemical processing methods rely on the combustion of fossil fuels, whether to cook or dry food, make concrete, or pour metal.

The company had already designed and assembled a microwave reactor in its Salaberry-de-Valleyfield pilot-plant. The reactor uses an effective process, using polystyrene degradation to become styrene monomer, all while using an electrical source of energy.

Yet prior to diving into large-scale plastic recycling, Pyrowave wants to first thoroughly understand how reactions occur and evolve within a micro-wave reactor, which is currently something of a mystery. The latter knowledge will then help to optimize reactions, as well as to ensure the safety of the entire process.

Though they might share a name, a microwave reactor has very little in common with the microwave oven sitting in our kitchens. Conventional microwaves heat up food by making water molecules in food vibrate, which in turn produces heat that cooks food. Polystyrene requires an intermediary in order to capture the mircowave energy and to depolymerize – namely silicon carbide (SiC) particles. When they absorb microwave energy, SiC particles behave like sharp knives, one by one removing styrene molecules located at the ends of polymer chains. All the reactions operate without oxygen, a process called pyrolysis, which inspired the name of company.

Yet, how does one disperse SiC particles and melted polystyrene in the reactor, so that heat is distributed homogenously? Also, how does one ensure that the reaction occurs in optimal conditions throughout the polystyrene to styrene transformation? Those are but two (of many) questions that Professor Bruno Blais hopes to answer.

A specialist in fluid mechanics and granular flows, Professor Blais, along with his team, will perform a series of computer-generated simulations to establish numerical models that can predict how heat dissipates in the reactor, and how reactor content is partitioned and transformed throughout the reaction process.

By the conclusion of the research project, Pyrowave hopes to demonstrate that their electric energy method can replace thermal plastic transformation processes that currently use fossil fuel energy. The Natural Sciences and Engineering Research Council of Canada (NSERC) is supporting the project with an overall grant of $280,000, an amount which includes an investment in Pyrowave of approximately $100,000.